mute videopause video
close video
Message Sent
Thank you for your inquiry. We will respond to you as soon as possible.

e-newsletter
Thank you for your interest in our e-newsletter. Our records indicate that you are already receiving our e-newsletter. If you would like to make changes to your frequency settings, please click on the "My Account" link on the left navigation.

You are at: Planned Giving > News > Personal Planner 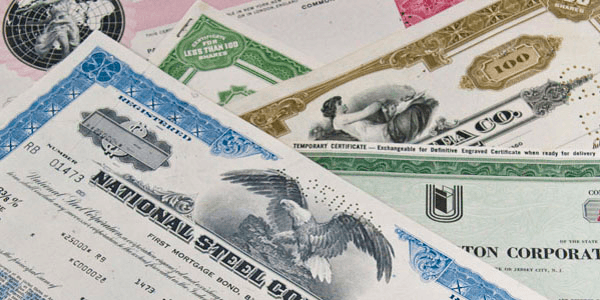 What will the market do this year? Perhaps the best answer is, "It will go up and down." Stock returns vary to a significant degree each year. However, long-term stock returns have been reasonably substantial.

Longer holding periods have generally resulted in higher total returns. The total stock return for seven decades between 1945 and 2015 was about 10%. Returns for long periods of time have paralleled this amount.

Because many stocks have increased in value over time, you may hold stocks with substantial appreciation. If you're considering a major gift or end-of-year gift, a gift of public company stock to charity provides two major benefits. First, there is a charitable deduction for the value of the stock. Second, the charity does not pay tax on the sale of the stock so you bypass the capital gain.


Lisa was considering a gift of stock. She had purchased stock 10 years ago in a well-known company with many retail stores. With the worldwide expansion of this company, the stock had increased from her original purchase price of $50,000 to a total of $100,000 in value.

Lisa decided to visit with CPA Susan about the potential gift.

Susan: "Under the IRS rules, Lisa, you are required to divide your $50,000 cost basis between the half you sold and the half that remains. That means that half of the gain or $25,000 is going to be reported as income this year. However, if you decide to give the other half to your favorite charity, you will receive a deduction for $50,000. The deduction is based on the value of the stock on the gift date. The IRS calls that value the mean between the high and low sale price on that day. In addition, you will save capital gains tax because you bypass the gain on the half that you've given to your favorite charity."

Lisa: "That sounds like a great plan. If I make that gift, I'll be able to benefit from a large tax deduction that will more than offset the tax on my gain. Plus, the charity won't have to pay the tax on my stock when it sells. Finally, my charity will enjoy a very nice major gift."

Bill Has Good Income This Year


Another reason for making a stock gift is that you may have a very substantial income that could cause you to pay a large income tax. Bill had purchased stock in a company recommended by his son eight years ago. His son used a computer made by this company and said to his dad that this would be a good stock to own. During that eight-year time, Bill's $15,000 initial investment had grown to a value of $165,000. Bill also had a very good year with a large income and was talking to his CPA Tom about a charitable deduction.

Bill: "Tom, I had a great year this year and I have been thinking about making a charitable gift with my stock in the computer company. It has gone way up in value and now is worth $165,000. I could sure use that deduction."

Tom: "Yes, that would be the right property to give. You will be able to claim a large deduction. Because you have a high income this year, you can take the full write-off. Plus, by giving the stock you bypass the gain. If you later would like to take your tax savings and make another stock investment, that is perfectly fine."

Bill decided to make the gift. While Bill's deduction is limited to 30% of his adjusted gross income for the year of the gift, he has a high income this year and is able to take the full charitable deduction.

How to Make a Stock Gift


Most stock is held in an account at a brokerage firm. Relatively few people now wish to hold the actual certificates in their safety deposit box. If you hold actual certificates, you may mail the certificate and a signed stock power in separate envelopes to the charity.

Because most stock is held by the brokerage firm, the stock is transferred directly from the account at the brokerage firm to an account for the charity. For any gift more than $250, the charity will issue a receipt. With that receipt and the information on the stock, CPA Susan and CPA Tom will include IRS Form 8283 with the tax returns for Lisa and Bill. The gift of stock will produce a large deduction that will save huge income taxes this year.

'Wait A While' Trust

'Give It Twice' Trust